You are here: Home / Make / Linen, an endangered natural fiber

Linen is an exquisite natural fiber, known for its durability, beautiful sheen, and wicking properties. It is cool to wear in summer, naturally antibacterial, resists soiling but needs ironing.

The plight of linen is a heart breaking story. Once the fiber grown in every croft and cottage for household use. Once spun and woven by every household in Canada and passed on to grand children. Once deemed the test of a handspinner’s expertise. Linen has almost disappeared from home industry. Linen flax, the catalyst of a major industry in Europe, is now sent to China for processing. The long, luxurious fiber is chopped into tow and processed on cotton machinery (cottonized) to produce lower quality textiles that wear out quickly and feed a throw away, consumerism. The smooth, sheen and soft hand of traditional linen that aged with beauty and became softer with washing, has fallen to industrial expediency. 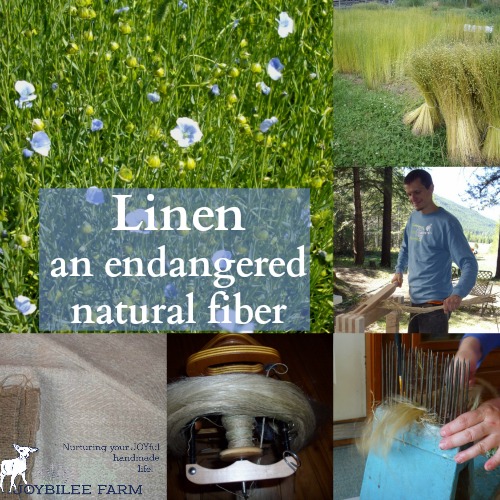 Very few handspinners are still working with linen. Once you could buy linen stricks for handspinning, but now only tow roving is available — processed on wool carding machines in China.

Linen thread is still being spun, in China. Our daughters and sons have never seen linen processing by their grandmothers. In fact the grandmothers of today might have only seen linen demonstrated at fairs and reenactment camps. The skills are almost lost.

Linen is the heritage of human culture and history. People have grown and processed linen since the time of the Pharoahs at least, and the skill may be older. We still use the same steps to process linen as were used in Ancient Egypt.

1. Linen is pulled out by the roots at harvest 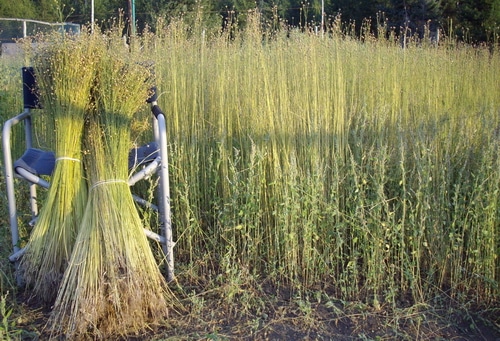 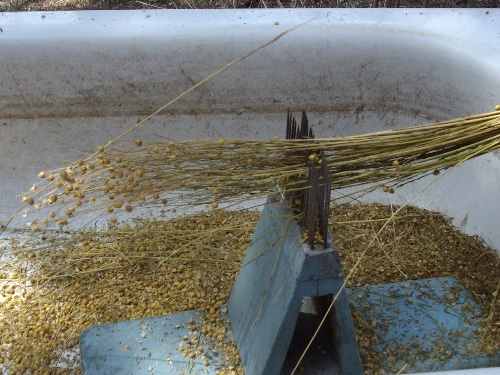 3. retted to dissolve the pectins that hold the outer fibers within the stock, 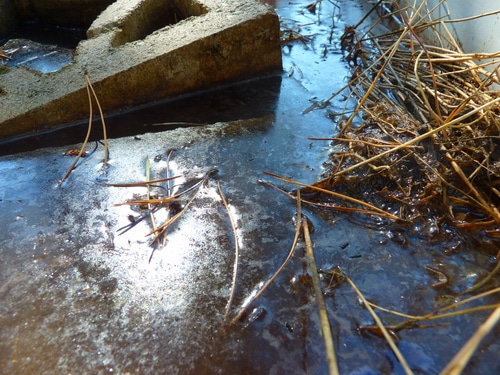 4. broken to release the fibers by crushing the woody core, 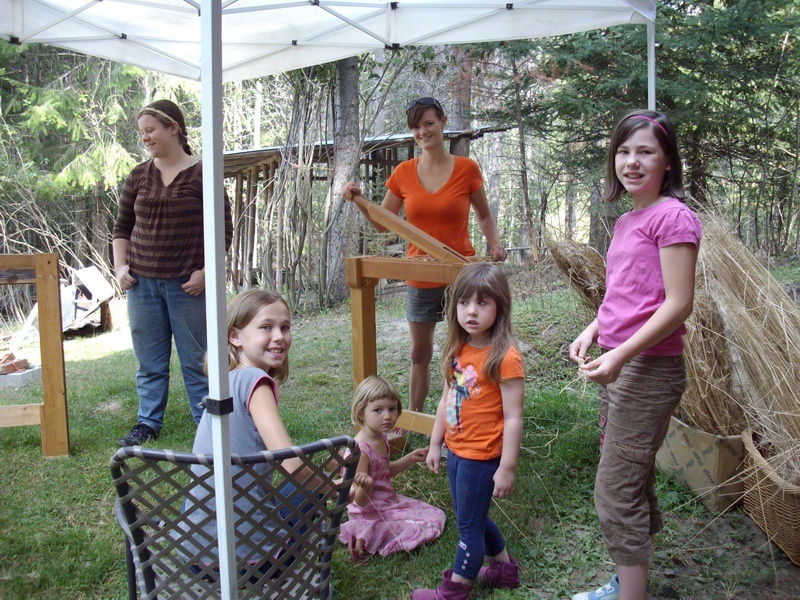 5. scutched to remove the debris from the long fibers and then… 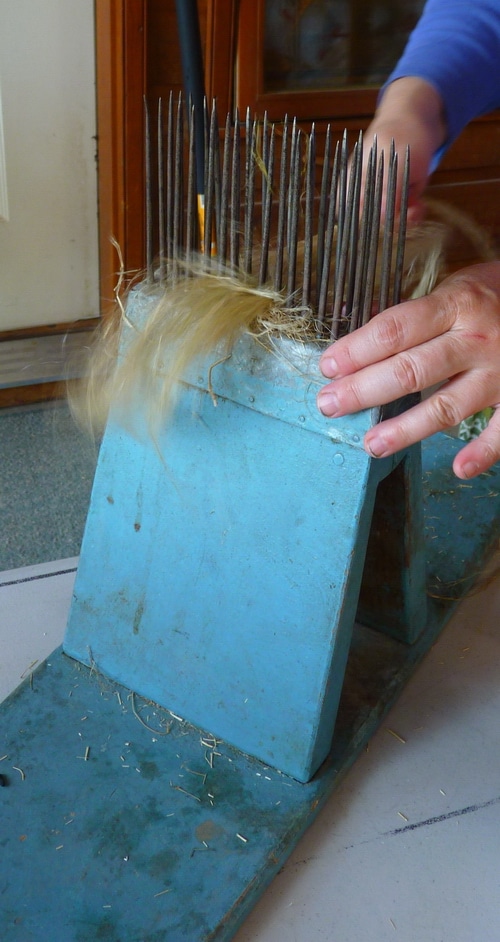 6. hackled to further separate the fibers and put them into order for spinning. 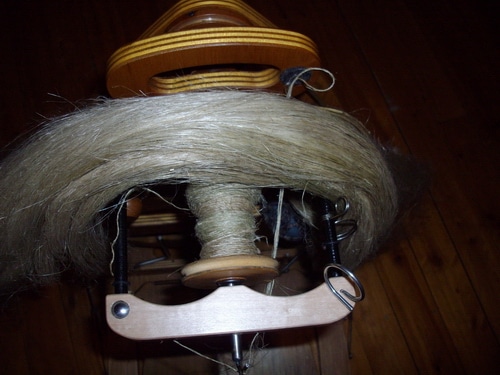 These steps used to be the work of the farmer who grew the flax – steps carried out during the long winters. Farm wives often spun the line into thread. And some farmer’s, including Mr. Joybilee’s 5 x great grandfather, John Brown of Carpow, wove the linen into yardage on barn looms — another winter passtime.

We’re just too busy, BUT…

Now, in our modern busy-ness, we think that linen prep and spinning take too much time. That wool is easier to process and spin than linen. But its not true. Wool also needs preparation — shearing, skirting, sorting, washing, picking, carding, before it can be spun. But we have watched the grandmothers work with wool. We see spinners and weavers working with wool at the fairs and so wool work is familiar and accessible. 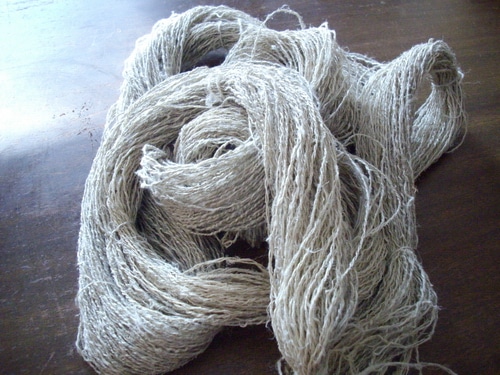 But linen is in danger. Its survival as a plant is threatened by industrial homogenization. The GMO flax crisis in Canada in 2009 endangered it further, ensuring that lone line linen flax seed is hard to find.

Grow a little linen today and keep this endangered natural fiber from extinction.

Where to find linen seed?

The suppliers of linen flax seed in Canada are no longer selling it.  Some reanactment museums continue to sell seed.  If you hear of a source of linen flax seed, I’d love it if you could leave a comment with the link.  (TIA!)

Previous Post: « Homestead Abundance #4 – Plant gratitude and Harvest more abundance
Next Post: How to Grow Your Own Kombucha From a Bottle of Store Bought and Get All the Healing Benefits for Free »