I recently got an email from a reader in Australia with a unique problem with her calendula plants.  Claudia wrote,

Here in Melbourne, Australia  it is late winter and my self seeding calendulas are usually starting to take off but at the end of last season I noticed an orange – rusty spotting on their leaves. I am not sure what it is or how to get rid of it and I also would like to ask your advice as to whether I can still use the flowers from plants that have this problem. I would not want to make medicine from a plant if the medicine would be affected. 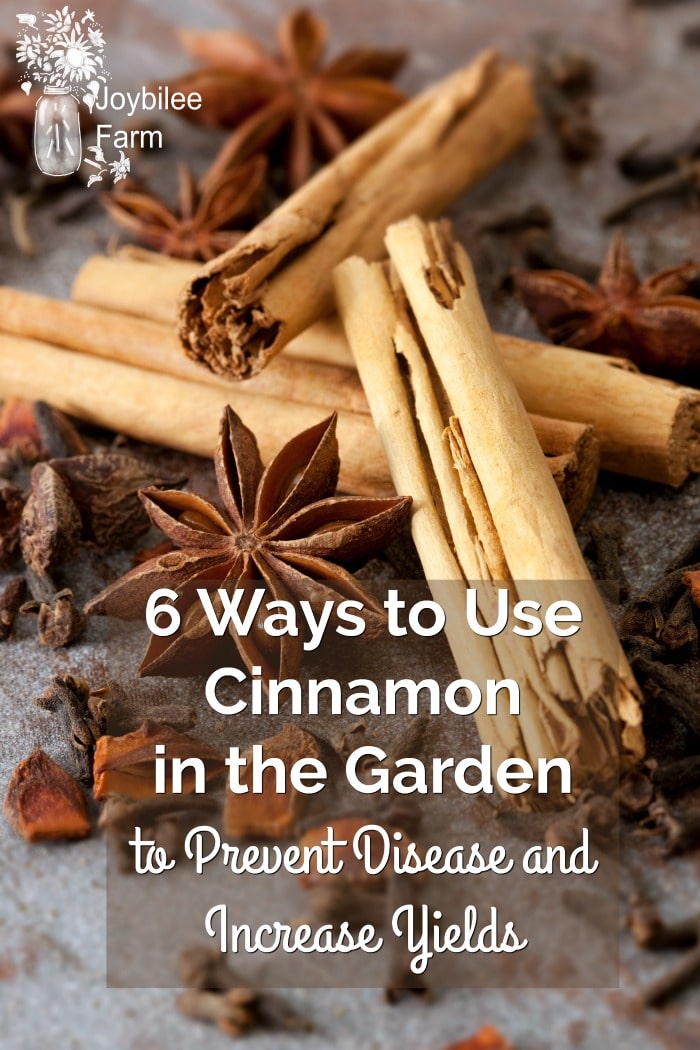 Rust is a fungal infection that seems problematic on Australian calendula.  It’s caused by dampness and overcrowding of the plants.  It is a soil-borne disease, caused by fungus spores of Puccinia distincta.  It affects calendula (leaves, petioles, and peduncles), cineraria, and daisy (Bellis perennis). It’s best not to use flowers from rust diseased plants for medicine. The fungus will end up in your medicine. (You can use calendula for medicine?  Yes, you can.  Always choose healthy plants when making DIY herbal medicine for your family. For details on making calendula herbal medicine see this post.

But how do you get rid of rust?

To get rid of the rust you’ll want to remove all rust-infected plants. Don’t compose them.  You’ll want to dispose of them away from your garden.  The rust can infect other daisy family plants as well.  Practice crop rotation by planting your calendula seed on fresh ground.  Allow good spacing between plants to allow for better air circulation.  Water at the base of the plant rather than overhead.

Cinnamon sprinkled on the soil at the time of planting might discourage rust from taking hold of new seedlings.  Cinnamon is anti-fungal. It can be used as a preventative in the garden.  Cinnamon is most effective if plants are given the best chance with good plant spacing, and by reducing the conditions that favour fungus-like dampness and wet leaves. 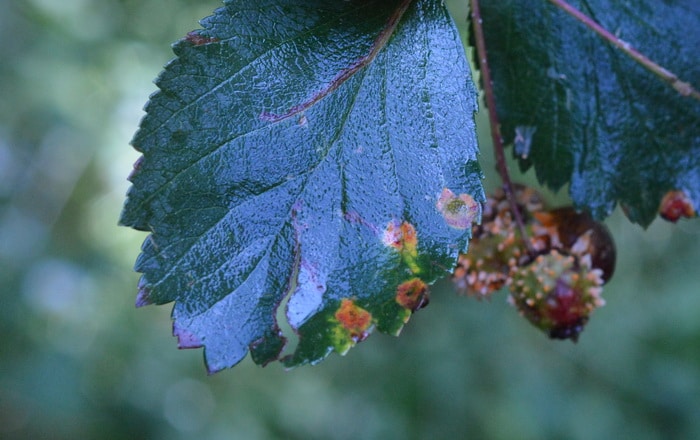 Use this anti-fungal cinnamon spray on plants to prevent rust, powdery mildew and other fungal diseases from spreading.

Add the cinnamon to a heat proof glass container.

Pour hot water over the cinnamon.  Cover to prevent the volatile oils from dissipating.  Allow to steep for 30 minutes.

Pour through a fine cloth or sieve.  Pour the liquid into a spray bottle.  Use at room temperature on leaves and stems of plants to prevent the spread of fungal diseases like rust and powdery mildew.

It’s important to remove infected plants.  Dispose of them in the garbage or incinerate them.  Don’t add diseased plant material to your compost bin.

More uses for cinnamon in the garden

Now that you’ve got the rust under control here are 5 more ways to put cinnamon to work in your garden!

The damping-off disease is the bane of gardeners, trying to get a head start on the season.  Sprinkling cinnamon on the soil surface when the seeds are planted prevents the damping-off disease from killing your plants. Cinnamon is a good anti-fungal.  It kills fungal spores in the soil and prevents them from infecting your plants. You may need to reapply the cinnamon periodically until plants are strong enough to outgrow the environmental challenges. 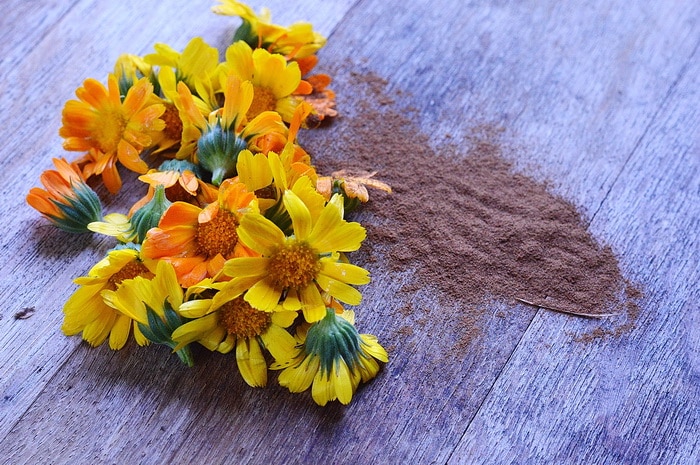 Use cinnamon to deter ants in the garden

Ants don’t like cinnamon.  They won’t cross a line of cinnamon sprinkled around plants.  It confuses their sense of smell and their communication with their colony.  Sprinkle cinnamon around plants, at the foot of trees, at the base of stakes holding your hummingbird feeders, and around the foundation of buildings to prevent ants from getting in.

For more ways to deter ants from your garden and house see this post.

Use cinnamon to discourage rabbits, mice, and other rodents

Cinnamon’s strong scent discourages rabbits and mice in the garden.  The volatile oils in cinnamon confuse the scent instinct of animals that are low to the ground, causing them to avoid an area, without causing harm.  Use cinnamon in the garden to discourage rodents, rabbits, and other small mammals.

Use cinnamon in the greenhouse to get rid of spider mites, whiteflies, and other pests

Indoor plants and greenhouses can have problems with spider mites.  But cinnamon kills spider mites and stops them from spreading on your house plants and in your greenhouse.  Sprinkle cinnamon on the soil surface around plants and on the leaves of plants using a light touch.

Use cinnamon rooting hormone does the trick

Have you ever used one of those powdered rooting hormones and had the sulphur smell catch in your throat?  Like sulphur, cinnamon is a natural fungicide that helps most plants root, while inhibiting the spores that cause rot in stem cuttings. Dip prepared plant stems in cinnamon and push them into the soil.  It’s an effective rooting hormone that’s easy to use and inexpensive.

Find other benefits of cinnamon here.

Where to find cinnamon?

You can find large bottles of cinnamon at restaurant supply stores online, or in places that sell bulk Asian spices. Costco sells it in 500-gram containers, here in Canada.  It doesn’t matter if you use Cassia cinnamon or Ceylon cinnamon.  Both are effective for garden use.  Generally, cassia cinnamon is cheaper than Ceylon cinnamon because it is more plentiful.

Use what you already have

When I replace my cooking and baking spices in the Fall, I don’t throw the older spices out.  I use them in the garden to deter pests, prevent plant diseases, and help me be a better gardener.  But if you are dealing with a pervasive fungal issue, I’d suggest starting with fresh cinnamon to be sure that all of cinnamon’s anti-fungal powers are at your service.  The essential oils in powdered cinnamon will be strongest when it is first ground and then dissipate slowly over time. So the fresher your cinnamon the stronger its antibacterial, anti-fungal strength will be.

Cinnamon holds the solution to many garden problems but it isn’t the only helpful spice in your spice cupboard. You have a full complement of garden aids in your kitchen spice cupboard. 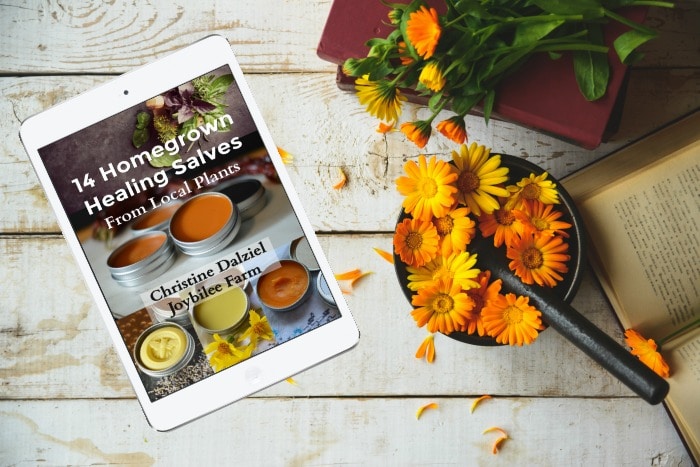 Did you learn a few tips in this post?  You’ll find more tips like this in my weekly newsletter.  You’ll also get practical tips and recipes to help you build your own herbal apothecary using common herbs and spices you probably already have at home or in your garden.  Subscribe to my newsletter today and I’ll send you a free copy of my ebook 14 Homegrown Healing Salves from Local Plants.

Just click the button below to get your copy now.

Previous Post: « Stop Buying Chai Tea and Make It Instead
Next Post: 9 Ways to Use the Ashes From Your Woodstove Around the Homestead »