What’s a nice Christian woman like me doing making matzo and charoset?  And why on earth would I throw out my sourdough into the compost pile and tell my family they can’t have hot cross buns, or Russian Easter Bread for 7 days, or even regular bread, but only these dry, thin, crunchy crackers called “matzo”?  Have I gone over to the “dark” side?  Have I forgotten my Christian heritage? 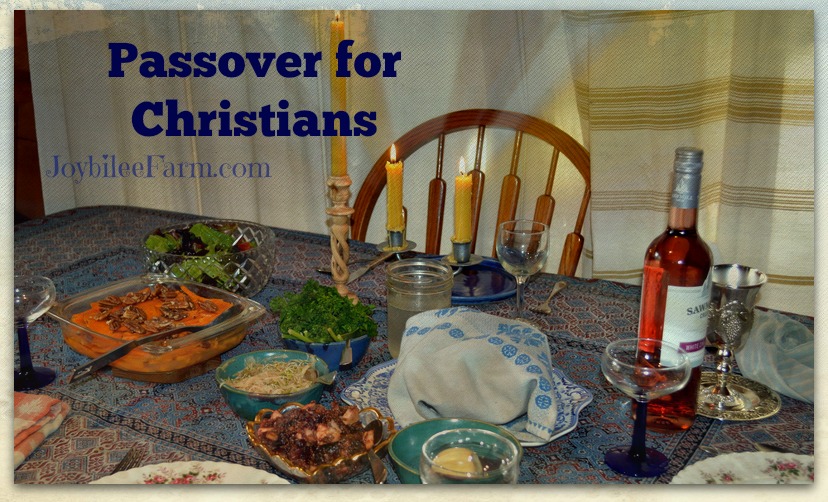 Well, actually, it’s because of my “Christian heritage” that my family is celebrating Passover, instead of Easter this year.  It all began 2 years ago, when my daughter Sarah, a student at Moody Bible School Online studies, had an assignment to visit a Christian congregation that was ethnically different than our own church.  Her assignment found us all in Spokane on a Saturday, at a Messianic Synagogue, learning about the Jewish roots of our own faith and worshipping in Hebrew with English subtitles.  It was the week following Passover, and we talked to some Moody-Spokane students about their Passover Seder and how meaningful it was to them.  A seed was planted.

Last summer Sarah visited Israel on a short term education tour with Engage Israel, the young adult arm of Ebenezer Operation Exodus.  Sarah learned more about the history and relationship between the land of Israel, Jewish people, and the Christian Faith.  She came home and shared with passion the experience of Israel and the things she’d learned.  Some of it made us feel ashamed.  Some of it was encouraging.  Some of it made us pray.  When Sarah got home, one thing stood out in her mind.  Her Messianic Jewish tour guide told her, “We Jews worship Adonai, the Creator God.  You Christians are sun-god worshippers.” 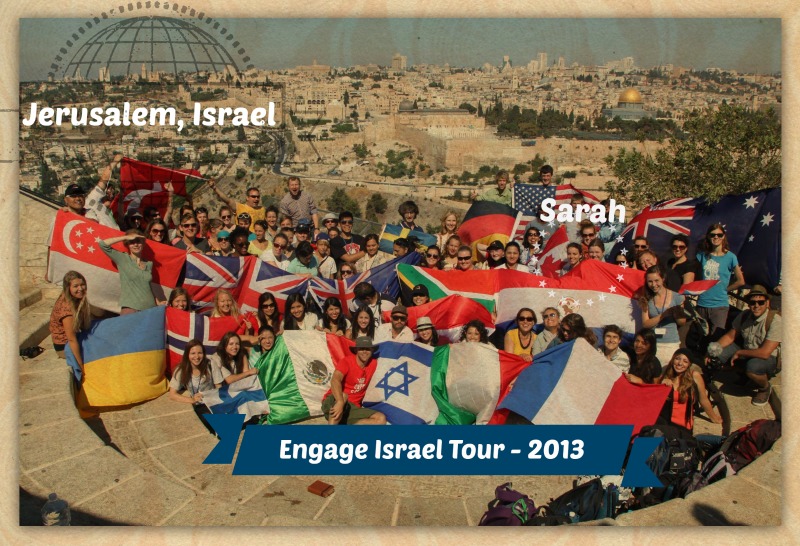 At first we brushed it off to cultural differences or misunderstanding.  But it watered the seed that was planted at the Messianic synagogue in Spokane.  We started looking earnestly at what scripture actually said – both Old and New Testaments.

Our first realization was that the words “New Testament” are not inspired.  There is no meaningful division between Malachi and Matthew (or if you are using The Complete Jewish Bible, second Chronicles and Matthew.)  It’s one book that begins at Beresheet (Genesis) with “In the Beginning the (Aleph and Tov) God..” and ends in Revelation with “Pay attention, [says Yeshua].  I am coming soon…I am the A to Z (Alpha and Omega, in Greek or Aleph and Tov in Hebrew].”  In fact, a great deal of what we call, “the New Testament” is filled with quotes taken from the Hebrew Bible – the Tenakh.  It’s as if the New Testament is an explanation of the Old Testament.  It’s just like when Sarah writes a paper for school and adds quotes from her research to reinforce her points.

Sungod worship, though, that’s a pretty strong accusation.  Why would a Messianic Jew say that of Christians – painting us all with the same brush?  That’s like saying we are into idolatry.  But I couldn’t get rid of the nagging thought that maybe parts of what we do as Christians and call “worship” has nothing to do with the Bible and a lot to do with the traditions of man.  And wasn’t the traditions of men what Jesus condemned the Pharisees for?  (Mark 7:8, Matt 15:9) What if we determined as a family to only worship God in the way that he tells us pleases him, and we let go of everything that he says, doesn’t please him?

That began the journey of keeping Shabbat, the day of rest, from Friday night to Saturday night, observing the Jewish Feast days and searching the scriptures to know how God says He wants to be worshiped (John 4:24). It was also a journey to looking squarely at history, to discover where these “traditions of men” that we’ve observed for decades actually came from.  (Hint: they aren’t anywhere in the Bible.)

The amazing thing is, that the more determined we were to discover what God said in the Bible and what he desires of his worshippers (Micah 6:8), the more God led us to discover the truth about the history of “Christian” worship and the appointments with the Lord written in scripture.  God actually strives with us to bring us into joyful obedience to the things he asks of us. Far from being a heavy burden of legalism, it is a journey to freedom.

Besides the weekly Sabbaths, Passover is the first divine appointment commanded in scripture.  This week is our first Passover.  It’s not a “kosher” Passover.  No Rabbis were compromised in the preparation of this meal!   Since we are not Jewish, if we had bought Kosher wine, the second we uncorked the bottle, the wine would cease to be Kosher.  So while we can’t make it Kosher, it is a baby step toward obeying what God’s word says is necessary to please God.

It was a revelation to me to understand that Abraham observed the “Season of unleavened bread” as did his nephew Lot.  (Genesis 19:3) This was before the Exodus and before the written law.  The tradition was kept alive in the Exodus and built upon.  The Israelites observed it through their history.  So much so, that it was forbidden, on penalty of death, by Antiochus Epiphanies when he attempted to syncretize the Jewish faith with Greek sun-god worship.

During the Roman occupation of Israel, Jewish people were once again free to follow their religion and Passover was freely observed.  This was when Jesus came, at the appointed time.  He was 100% observant and 100% Jewish.  We know that Jesus (Yeshua in Hebrew) observed at least 3 Passovers during his public teaching and that it was the habit of his family to travel to Jerusalem every Passover, in observance of the Torah.  This puts the expression WWJD (What would Jesus do?) in a whole new light.

While our family has “played” at Passover Seders in the past, this is the first year that we actually determined to “observe” it, getting rid of the old leaven – symbolic of the traditions and doctrines of man.  If you’ve never celebrated the Passover before, come to our “virtual table.”  I’ve set an extra place.

See the Passover Seder, to join me in this virtual celebration of freedom.