My new book, The Beeswax Workshop (#ad) (Ulyesses Press, 2017) is a compendium of recipes and craft tutorials highlighting beeswax.  But I admit I didn’t start 2016 with a goal to write the world’s most comprehensive book of beeswax projects.  I began  2016 with the goal of writing 3 books. 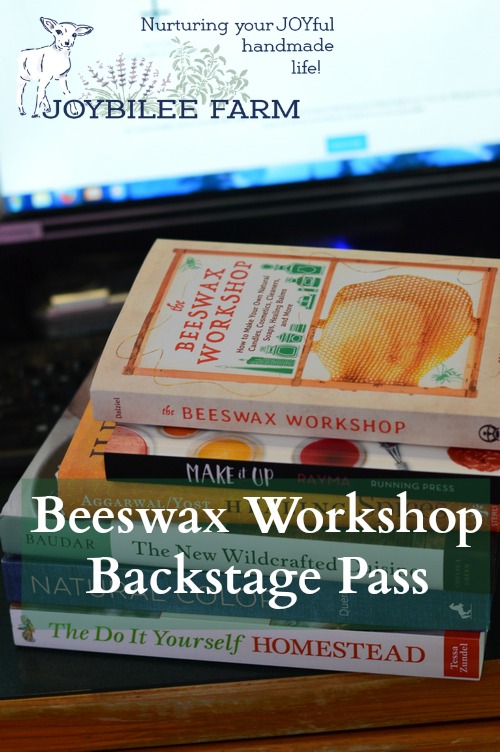 I started writing Homegrown Healing, from seed to apothecary in February.  In March my granddaughter Ivy was born by C-section.  I went down to Vancouver to stay with my son’s wife and help out with Ivy, and I took my research with me so that I could write when I wasn’t holding Ivy. 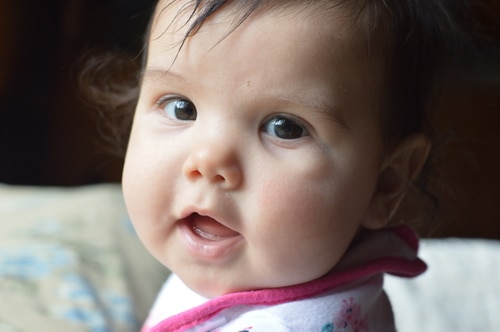 Just as I was finishing the first draft of Homegrown Healing, I received an email from Bridget at Ulysses Press inviting me to submit a proposal for a book on beeswax crafts. It was April 20, 2016.  Since I set a goal of writing 3 books in 2016, it was easy to say “yes.”  It was already in my plans to write 3 books, I just didn’t know what they would be about at the beginning of the year.  I just knew that herbs would figure into them.

Writing The Beeswax Workshop: from book proposal to finished book

At the end of April I brainstormed every recipe that I could think of that historically had been made with beeswax, with the addition of other natural ingredients.  I looked through Google Scholar to find out what experiments scientists were doing with beeswax.  I checked historical formulae books, some dating back to the 1700s for ideas.  I went on Amazon and ordered every book that was still in print that utilized beeswax somewhere in the recipes and tutorials, and analyzed how I could make these topics better and more useful.  Then I organized my brainstorming session into categories.  These categories became the chapters for the book.

As I was researching I learned some interesting facts about beeswax:

In the beehive 1 pound of wax comb can hold 22 pounds of honey.

The average bee colony will yield 100 pounds of honey but only 2 pounds of wax.

Beeswax is analgesic, anti-inflammatory, moisturizing, and soothing to the skin. 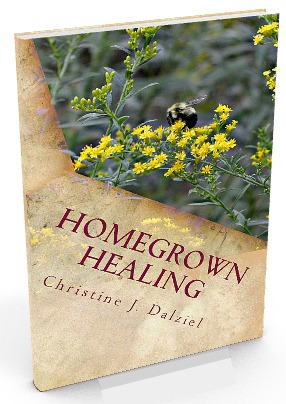 I submitted the book proposal and received a contract from Ulysses Press within a week.  We negotiated and I quickly put the finishing touches on Homegrown Healing.  It wasn’t how I planned to release Homegrown Healing.  There was no launch.  There was no print version.  But it was at least “out there.”  I could revise it later, I thought.  My publishing contract with Ulysses Press gives them first dibs for my next full length book, so I didn’t want to delay, Homegrown Healing till 2017.  The message of the book is too critical to wait another year. (If you bought the Herbs and Essential Oils Super Bundle from Ultimate Bundles, last year, a pdf version of Homegrown Healing is included in that.)

With the contract in hand

I signed the contract with Ulysses Press on May 6th. One interesting part of the contract was that I would be the photographer for the book, as well as the writer.  That was a big challenge outside of my comfort zone.  The book would be a trade paperback with black and white photos.  I invested in a high quality tripod, and went to work.  For every picture I took that was acceptable for the book, there were 20 others that didn’t make the cut.  The writing was the easy part.  The photography was dependent on the daylight quality.  In June it was pretty good.  By September, when I was doing retakes, we were losing daylight early.  My ratio got worse.  I was taking 50 pictures for one good quality picture in September.  Thankfully there weren’t too many retakes to do in September.

I signed the contract midMay and had the first draft finished by July 31st.  Yay!  I made the deadline. 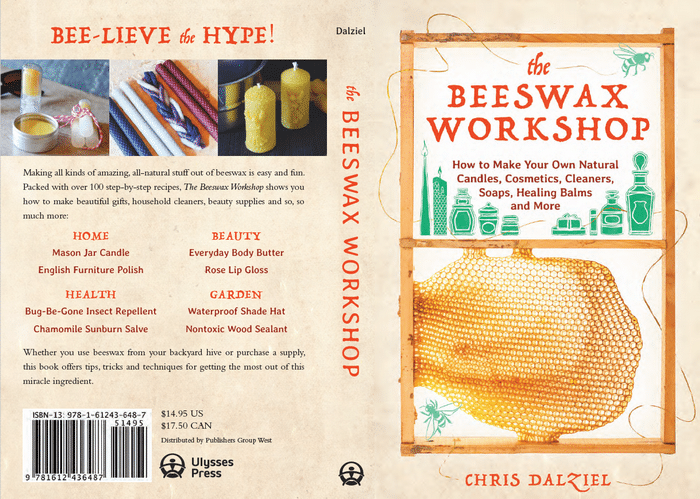 And now the editing begins

By the end of August I had the manuscript returned for the first edits.  I completed the edits and had it back to them in a week.

Then there were more substantial edits and rewrites to do in October.  In the middle of this my Brother in law passed away.  The day before we left for the funeral, I received the manuscript back with the final edits. It was November 2nd.  The goal was to have the book to the printer in time for an early December release date.  The printer would take 8 weeks.  That’s when I realized we weren’t going to make the December 12th release goal.

Number 1 on Amazon and past the due date

I was disappointed.   It was like being two weeks past your due date.  You feel awkward.  You want to rush it, but it’s out of your control.  There’s not a thing that can be done except wait.  Then I went on Amazon and noticed that the book was the Number 1 Best New Release in the Soapmaking AND in the Candlemaking categories and number 4 in the Sustainable Living Category.  It was Number 1 on Amazon!!!  at least for a few hours.

Then Ulysses Press started a giveaway on Goodreads.  10 copies of the Beeswax Workshop will be given away on January 19th.  At this writing there are only 500 entries so you’ve got a good chance of winning.  (US only).  But my Canadian readers couldn’t enter.  I sent an email to my publicist, Kourtney Joy and asked if we could do a draw just for Canadians.  (Sorry Australians, New Zealanders, and all the other citizens of the World.  Not this time.)  Kourtney said sure.

See below for the giveaway entry, if you live in Canada you might just win.

Just before Christmas Ulysses Press made some changes to their internal ordering system.  Suddenly all the Kindle book pre-orders disappeared from the Amazon order system. Those who preordered for Kindle had to reorder.   The pre-order listing on Barnes and Noble disappeared entirely.  The paperback book stopped listing “publication date December 13” and now said “out of stock.”  I notified the publisher.  It was a glitch; like being in labour and finding out the baby is in the Occiput posterior presentation.

I sent out an email to my tribe apologizing for the delay.  Many of my readers were hoping for the book for Christmas gifts.  I sent out a pdf of the cover and some printable gift bags as a consolation gift.  And Christmas came anyway.  Just like in the Grinch Who Stole Christmas, when the whole town comes out singing.

“It came without packages, boxes, or bags.”

Then just before New Year’s Eve Robin brought home a brown paper envelope.  Ulysses Press was on the return address.  And inside was The Book.  298 ivory coloured pages, with black and white pictures. 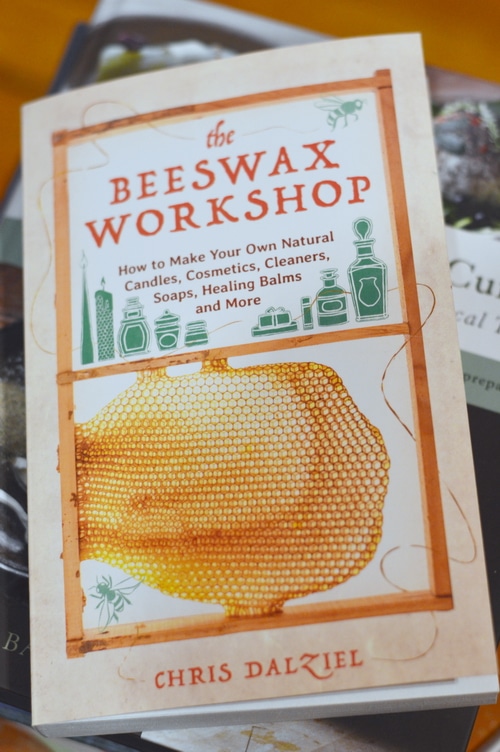 There was a note from the publisher.

Here is your first advance copy! The rest of your author copies will be coming soon. 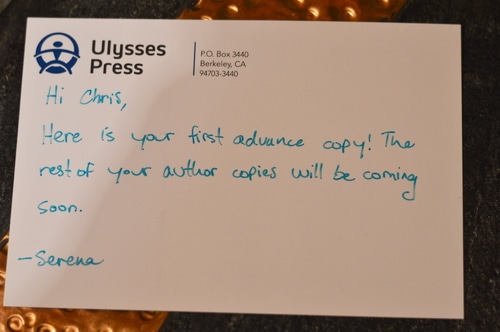 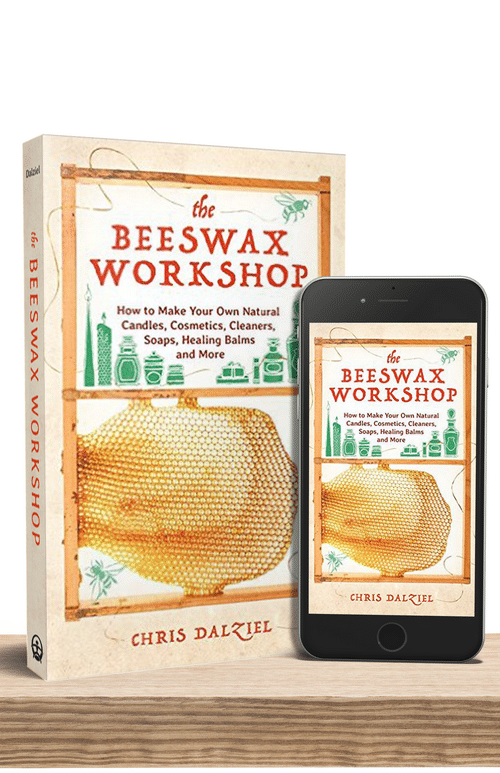 Previous Post: « 30 Plants That Will Grow Near Black Walnut Trees, in Zone 3
Next Post: Making Substitutions to Lotion Bar and Body Butter Recipes »