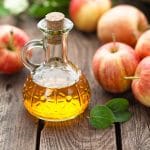 What to do if you have too many apples. Apple cider is the base for several other apple treats — like apple cider vinegar, hard apple cider, and apple syrup. 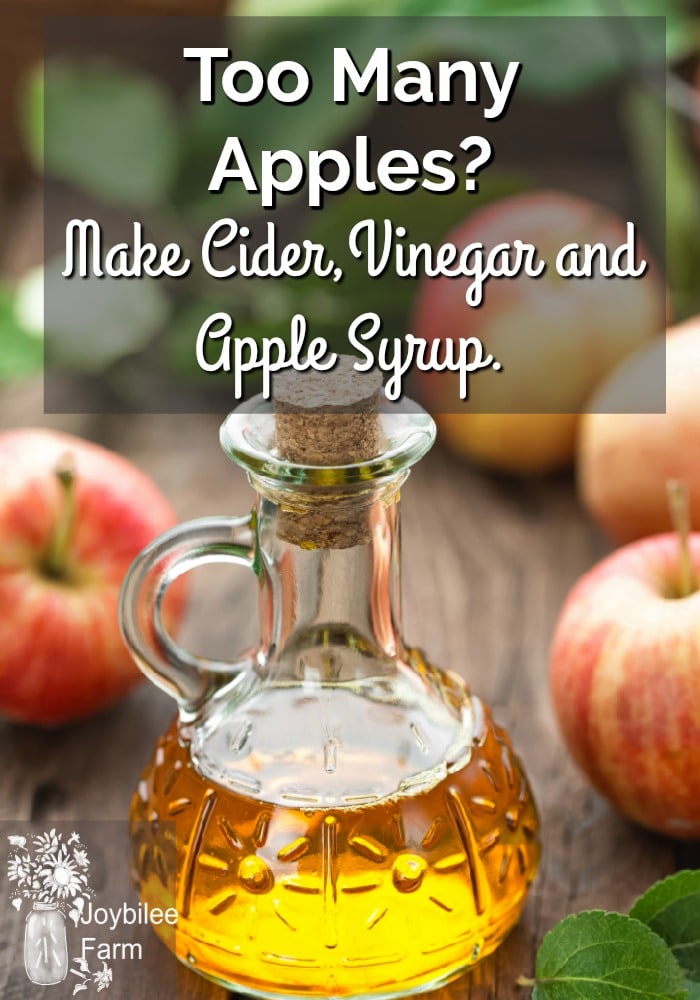 Is your ground littered with fallen apples?  Its a problem that I’d love to have in my mountain climate.  If I had that problem, I’d make cider.  Making apple cider uses up the apples quickly. Apple cider is the base for several other apple treats — like apple cider vinegar, hard apple cider, and apple syrup.

Cider making is a two step process.  After washing the apples, you grind them up to make apple pulp and then press the fresh pulp through a bag to extract the apple cider/juice. There are 2 part commercial cider presses available that are fairly pricey.  You may be able to share the purchase among a few families.  Plans for building your own apple grinder are available online.  Mother Earth news has plans to make an apple press. 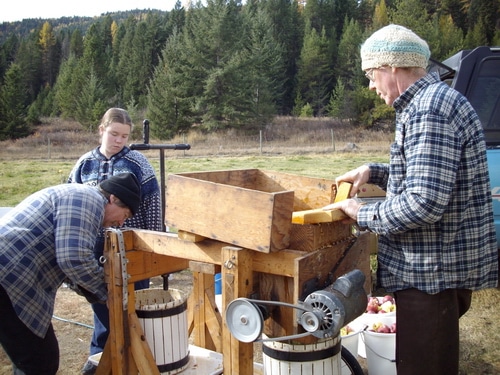 We give the extracted pulp to the goats and sheep.  They love it.  Chickens love it too.  If you don’t have animals you can compost it.

You can strain the juice into canning jars or juice bottles and stop here.  The cider will taste sweet when it is fresh and will begin to ferment in the jars to hard cider after a few days.  You can pasteurize the juice in the jars by bringing it to 120F for 15 min.  Complete the seals on the jars and you’re done.

If you are going to leave the cider raw don’t cap too tightly.  You don’t want your jars to explode with the build up of pressure caused by the ferment.

Apple cider that’s been pasteurized will keep in a sealed jar indefinitely. 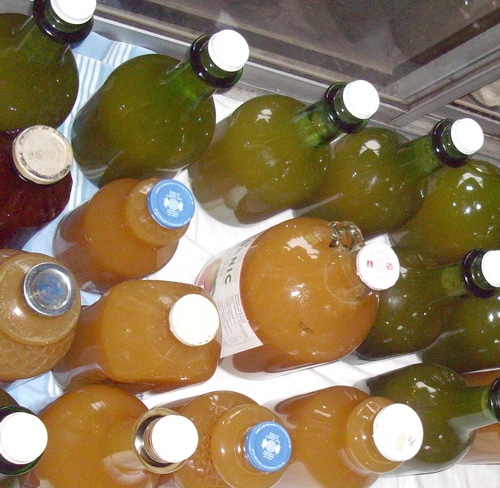 If you allow a few gallons of apple cider to ferment you get hard cider.

You can increase the alcohol content by adding sugar and champagne yeast to the mix.  Instructions are in the book, “Cider Making”.

Still too much cider?  Make some apple syrup, sometimes called boiled cider.  The principle is similar to making maple syrup from maple sap, but you need to check the process periodically and stop it before it clots.   1 gallon of fresh apple cider boils down to 2 cups of apple syrup, so there’s a lot of moisture in the process.  I put mine in a crock pot and cooked it slowly over two days.  Start it on high until it’s reduced by half and then turn it to low and finish the process. This keeps the cider from caramelizing.

About half way through the process you’ll see some curds of apple floating on the top of your syrup.  Skim these off.  I like to pour it through a coarse sieve and then return it to the crock pot.  Once it’s done pour it into a 500ml wide mouth jar.  Process for 10 minutes in a boiling water bath to seal.

The recipe is adapted from Putting Food By, 4th edition (Penguin Books, 1988)p. 383.  It makes a lovely Christmas Gift.  If you have a lot of apples consider making this wholesome syrup for farmer’s market sales. 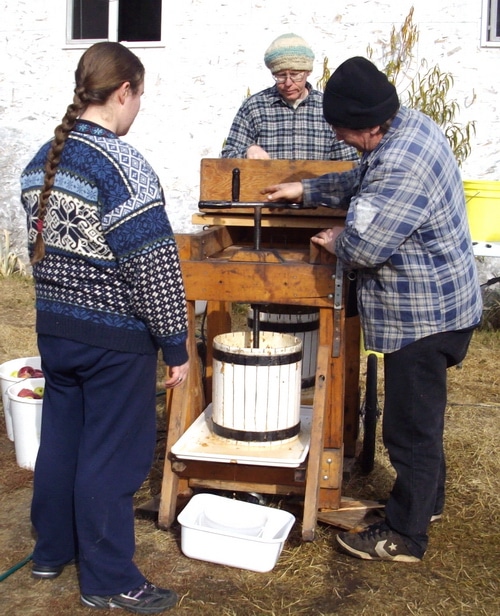 Looking for a Cider Press?  Check out these on Amazon.

Or get plans and build your own:

Anyone Can Build A Whizbang Apple Grinder & Cider Press

Still have lots of apples?  Make your own pectin for jams and jellies. 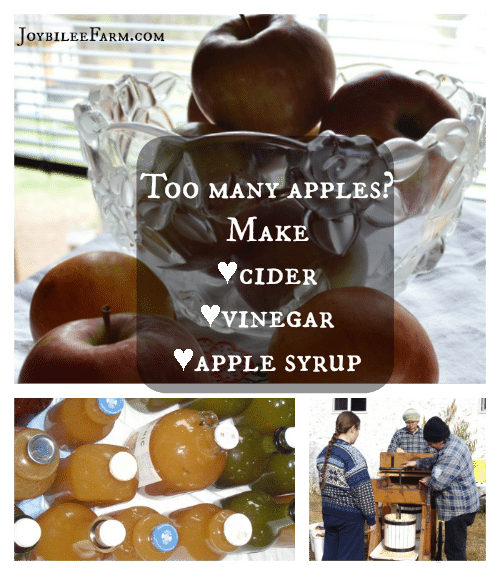 Watermelon syrup is made just like apple syrup.  If you make it let me know how it goes.  And if you can do it outside, all the better.  Boiling down any juice or sap into syrup creates a lot of steam, which can create a moisture problem inside your home.  An outdoor propane stove or wood burner can solve this problem and make it easier to create your own sweet treats.

What would you do if you had the problem of too many apples?  Leave a comment.

Previous Post: « Homestead business check-list for doing what you love, where you want to live.
Next Post: Lacto-fermented Hot Sauce that you can make at home »