That was my question?  I was seeing his name in my newsfeed.  He prayed for someone who was clinically dead and God revived them.  He wore 3:16 under his eyes during a football game and got some media attention.  He seems to get a lot of media attention, even in the middle of the presidential election. 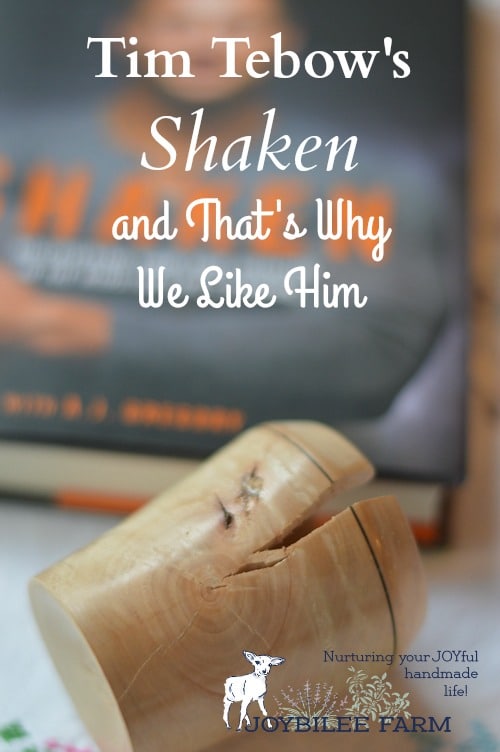 So when I saw “Shaken, Discovering Your True Identity In The Midst Of Life’s Storms” by Tim Tebow, I thought,”who is this guy?”  Shaken is part of Tim Tebow’s testimony, as a quarterback who joined the NFL out of college.  Winner of the Heisman’s trophy in 2007, he was drafted to the Denver Broncos in 2010.  He was traded to the New York Jets (2012) and then the New England Patriots (2013).  The Patriots dropped him in the preseason.  In 2015 he played with the Philadelphia Eagles but was dropped in the pregame shuffle.  Shaken tells the story of his disappointment and his enduring faith. 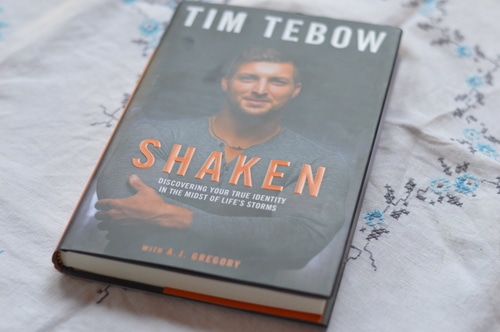 The book is an easy read.  You can learn all you’d want to learn about Tim Tebow in a couple hours.  The book isn’t deep and it doesn’t answer deep questions.  The book opens with Tim finding out that the New England Patriots dropped him in the preseason shuffle.  For a kid that’s used to winning, that’s a troubling, gut wrenching circumstance.  But his passion for the game keeps him training and working out.  He’s considered the strongest quarterback in NFL history. He obviously works hard.  But that’s not enough to make the team.  And he’s not dumped just once but twice.

It shakes him to the core.  His child-hopes and dreams seem to be crumbling.  The realization that being the best you can be, working hard, and having self-discipline and a kind nature aren’t enough to get you the job, the position, the comfortable living you’d hoped for.   It’s the same crushing blow that so many people are reeling under these days.  The American dream is gone.  Working hard, being honest, and being kind won’t get you what you want or even what you need, anymore.  In fact, that might be what gets you canned. 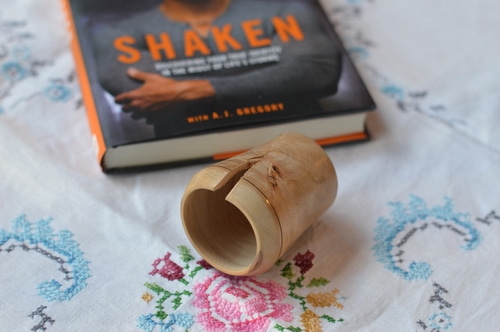 The Struggle is Real

And I think this is what makes Tim Tebow attractive to the average bloke.  Those who have been struggling with finding work after the Great Recession.  Those who were bypassed because someone younger with lesser qualifications got the job instead.  Working hard, being honest, and being kind aren’t the kind of qualities that are rewarded in the workplace in 2017.  And we aren’t being told what is being rewarded.  So we identify with Tim Tebow.  He is a symbol for so many who have worked hard, been honest, given their best and then been dropped by their team, without a word.  He reminds us that God hasn’t finished our story.  If we are still here, God still has something for us to do.

The title promised we would “discover our identity in the midst of life’s storms”.  The book didn’t deliver on that promise.  The book had the typical Christian platitudes.  “Pray this prayer and you’re in.”  “Just trust God more.”   “Don’t look at your circumstance.”  “God has a special purpose for your life.”  While I know those are typical Christian clichés when someone is going through a devastating experience, they don’t help the drowning soul. 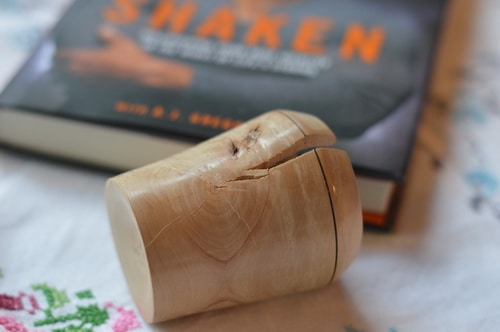 The book didn’t do a deep dive into the scriptures that promise enduring Presence in the midst of the storm.  The book didn’t unpack who we are in Christ and offer meat to sustain the soul. Instead it offered inspirational quotes and tired expressions.  “Do something.” “Fight for the underdog.”  “Leave a legacy.”  I think Tebow missed an opportunity. But maybe that’s expecting too much from a 30 year old, dyslexic, football player.  (I’m not trying to be unkind.)

I’m not the target audience for this book.  I don’t care about football or celebrities.  I distrust Christianese and comforting platitudes.  But it is a book I might buy for a millennial who is into sports.  It’s just lightly faith-filled, clean, and inspiring enough for the uncommitted person.   Afterall the book is an Amazon #1 Bestseller in Football!

As a 30 year old, Tim Tebow has lots of time to find his calling, as well as a financial cushion, thanks to his NFL success.  He has room to fail and try again.  But if you don’t have much time left, you might need a more concrete assurance than the platitudes and inspirational quotes Tebow offers in this book. 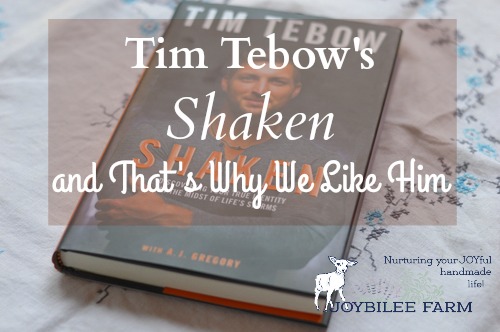 On the other hand, if you like a good Christian biography or you are into Football, you might enjoy Tim Tebow’s story.  It would make a great movie.

Disclaimer: I received a review copy of this book from Blogging for books.  Nevertheless this represents my honest opinion of the work.