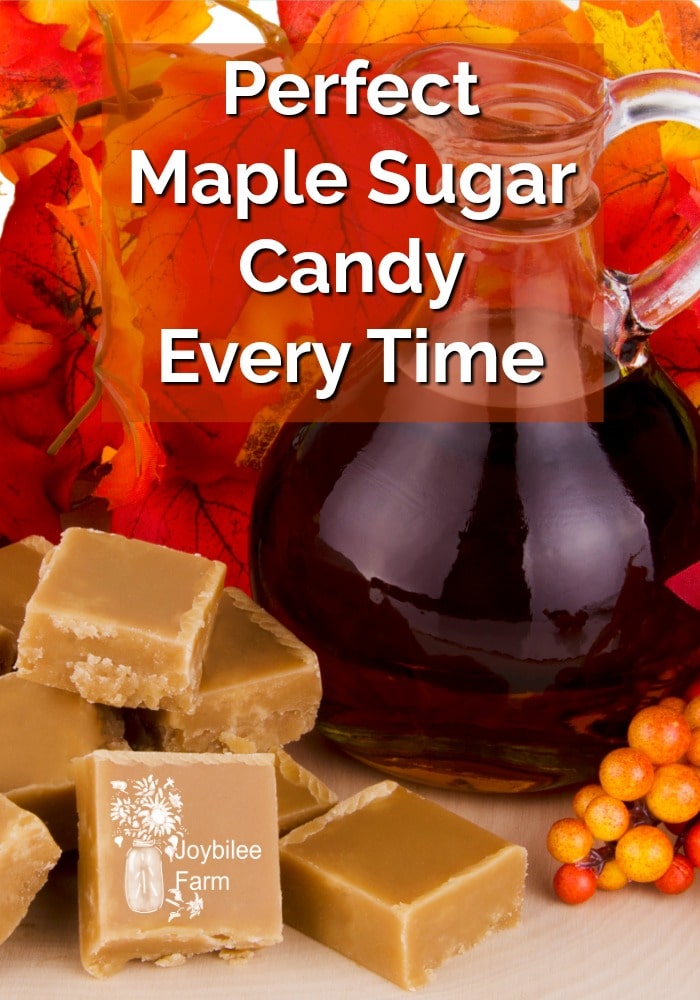 When I was a child of 6 or 7 years old, there was a corner store on the way to school in the North York area of Toronto.  I lived in the basement of a duplex at the corner of Bayview and Sheppard and walked along Sheppard avenue, past the People’s Church, on the way to school.  My brother and I used to walk together past the corner store, with the Coke Truck, picking up glass bottles from the store, parked in the alley way behind the store.  Empty glass pop bottles were worth 2 cents a piece and we would look for them on the way home from school.  If we were lucky and came across any pop bottles we would trade them in for Maple Sugar Candy.  A piece of Maple Sugar Candy, poured into the bottom of a muffin cup, cost 5 cents, so we needed a case of 6 pop bottles to buy one each, with 2 cents left over for Double Bubble gum.  For a child, living on the edge of poverty, Maple Sugar Candy was treasure. 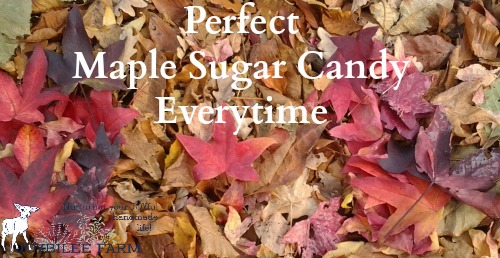 Today, I buy Maple Sugar Candy from The Maple Man in Kelowna or at the Oliver Christmas craft fair.  Rene makes maple syrup at his family farm in Quebec every winter and brings it back to Kelowna to sell at the Farmer’s Market there.  If you love Canadian maple syrup, you need to get from the farm.  Maple Syrup from the grocery store is often thinned with sugar.  Rene sells several grades of Maple Syrup, as well as maple butter, and maple sugar candy.  I buy the dark Maple Syrup, grade B, in 1 litre glass bottles for a rich maple flavour.

Since meeting Rene, we’ve been buying Maple Sugar Candy for Christmas Stocking treats. Maple sugar candy is expensive.  Running about $40 per lb, making your own saves you money and gives you control over the process.  It is crunchy on the outside and melt-in-your-mouth creamy on the inside with intense maple sweetness.

Maple sugar candy is a fudge-like candy that you put into moulds to harden.  You can make it yourself in an hour, so the dollar savings works out to a good hourly rate for your time.  A recipe uses 2 cups of maple syrup for 12 ounces of candy.  Prepare the candy moulds by buttering thoroughly.  Maple leaf molds are available but you can use shaped ice cube trays.

Use a large heavy saucepan with at least a 3 litre capacity.  When syrup boils it can overflow so make sure the pot is deep enough.  Prepare moulds ahead by buttering thoroughly.  You can use tin candy cups or candy moulds.  You will need a candy thermometer to do this right.

The key to successful fudge is to prevent sugar crystals from forming prematurely, which will cause the fudge to crystallize and seize too soon.

Adding milk, butter, or fructose to the candy helps to inhibit the formation of sugar crystals. In this case I’m adding a tbsp. of butter.  You can omit the butter if you want.

Stirring, allowing sugar to form on the sides of the pot, and beating while the mixture is very hot will promote the formation of sugar crystals.  You want to avoid these things.

Maple sugar candy is a form of fudge.  You do want sugar crystals in fudge but you want to control their formation and avoid large crystals.  Begin the boiling stage with a lid on the pot to promote steam forming on the sides of the pot.  You can brush sugar crystals that form on the sides of the pot back into the mixture to dissolve, by brushing them down the pot side with a damp brush.  Avoid stirring the mixture at this stage. 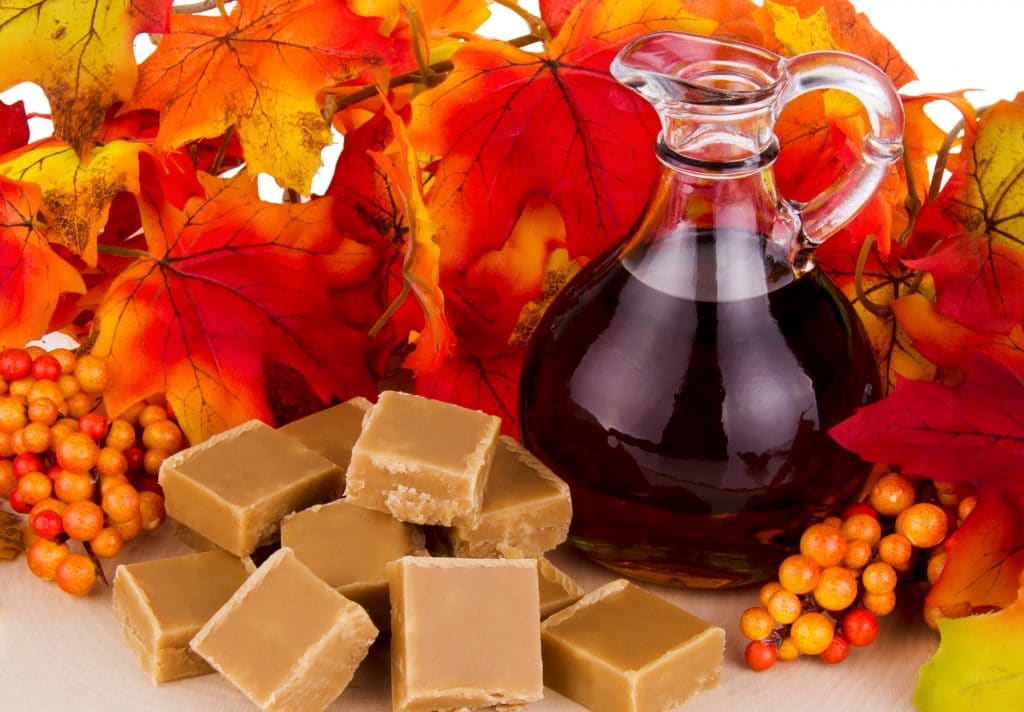 This is actually a fudge recipe.  So if you’ve made fudge before you’ll know what to do.

Add syrup to a large, heavy sauce pan.  Bring to a boil.  Boil over medium heat, being careful not to burn.  Turn down the heat if it starts to smoke or scorch.  Do not stir.  Boil till it reaches 233 F, the soft ball stage on a candy thermometer.  Remove from heat.  Allow to cool to 110F, without stirring.  With a heavy wooden spoon begin to beat the mixture, stirring in vanilla extract if desired.  Beat hard until mixture changes colour and looks creamy.  While it is still malleable spoon into prepared buttered moulds.  The change between easy to beat and hard happens quickly so work fast and have the moulds prepared ahead of time.  If you don’t have moulds you can spoon into a buttered glass pan and cut into squares.   Allow to cool and harden in the moulds before turning out onto a plate.

It takes approximately an hour to make this candy and a bit longer to cool it and take it from the molds.  Allow to harden completely on a wire rack.  Once the candies are cool, store in an airtight container.  It should keep for a month in an airtight tin.  For longer storage place container in the freezer and thaw before serving.  What a treat!

What kind of candy do you like to make?