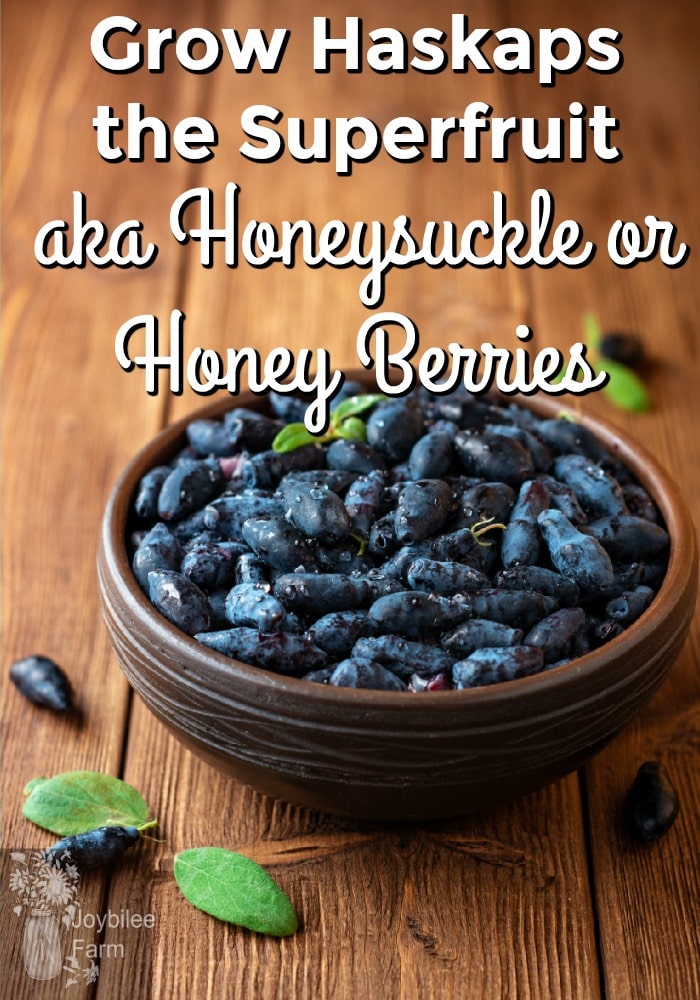 Haskaps, Honey berry,  or Edible Blue Honeysuckle (Lonicera caerulea) have more antioxidants than blueberries and more potassium, too. In fact the nutritional profile of haskaps put them in the same league as gogi berries, and other superfoods.  The plant grows in the wilds of Northern Canada and Siberia, in low land, near streams.  Tasty cultivars are grown in Russia and Japan since at least the 1800s.  In the last 10 years, plant breeding programs were undertaken in Oregon, Idaho, and Saskatchewan (Canada), using cultivars from both Japan and Russia as breeding stock.  The plants have breeders patents so if you want to plant them on your homestead, you’ll need to buy your clones from a licensed nursery.  But the plants are reasonably priced and long lived so the investment is a good one. 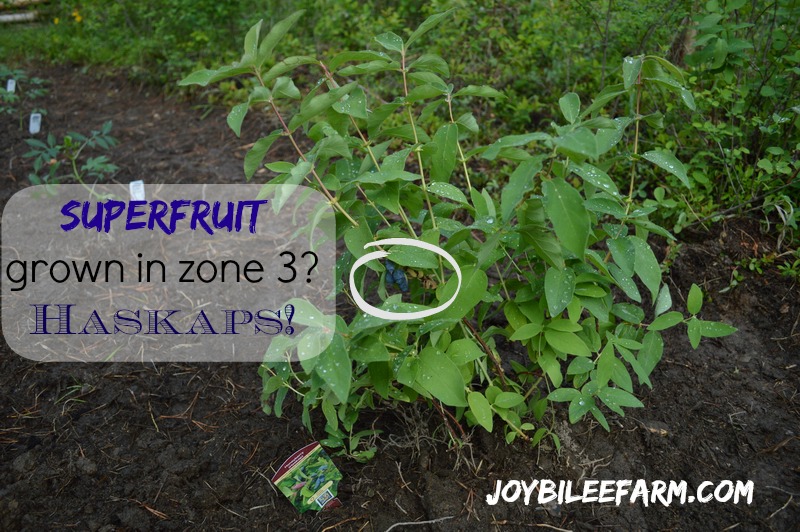 According to the University of Saskatchewan Fruit research program, good haskaps taste like a cross between a blue berry and a raspberry.  Bad ones taste like tonic water.  Only the good ones make it out of the research fields to be released to the garden nurseries.  Lucky for us.

Are they worth planting?

Haskaps are long lived.  You can expect a haskap planting to last 30 plus years.    A 5 year old bush is considered in full production.  Japanese farms report a yield of 3 kilos per mature bush, but at the University of Sask. research station they are seeing yields of about 7 kilos per 5 year old bush, about 15 lbs. (1 kilo = 2.2 lbs.)

Haskaps grow on 3 to 5 foot tall bushes.  Plant them 3 to 5 feet apart.  At 3 feet apart, haskaps grow into an attractive hedge.  At 4 feet apart, they will remain as individual bushes.  The fruit will hold on the bush after ripening, and continues to sweeten as it hold.  In a warm summer the fruit may dry on the bush, like raisins, intensifying its sweetness and flavour.  Dried haskaps bring more than a $100 per lb. in Japan!

Haskaps don’t need acid soil like blueberries and are adapted to a wide variety of soil pH, from 5.4 to 7.9.  They are hardy to zone 2 or 3.  They are ideally suited to colder micro-climates.  Those low lying frost pockets, where the ground gets a damp every Spring, may be the perfect spot to plant a few haskaps.  While they do better if their roots aren’t in standing water,  they are able to produce on ground that occasionally gets swampy in spring.   They can handle temperatures as low as -7C while in bloom, and winter temperatures in excess of -45C.  Generally they bloom at the same time as twin berry, a honeysuckle cousin native to BC.  Fruit ripens about 8 weeks later and will hold on the plant, continuing to sweeten for a few weeks.  In most areas, this is just before the strawberry crop ripens.

Haskaps have no natural pests in North America, however, cedar waxwings and robins are partial to the fruit.  If you want to save it for yourself, you’ll want to net it before the berries ripen.

How to plant them:

While haskaps grow in the wild in Northern Canada, the wild varieties aren’t very distinguished.  The plant breeder varieties have the sweet honey-berry taste and these are the ones that you want to plant.  You’ll need at least two plants which have compatible pollen — I planted Borealis and Berry Blue, but there are several options for cultivar and pollinator. Your garden centre can help you find the right match for the selections that they carry.  In my case, Berry Blue is the pollinator.  You can put 5 cultivars in for each pollinator.  Both the cultivar and the pollinator bear fruit.  Plant them in the same area so that your wild bees can find them and cross-pollinate them.

After planting, keep them well weeded and watered the first two years.  After they are established, watering isn’t as necessary in normal years.  Mulch with organic straw so the plants don’t need to compete with weeds. 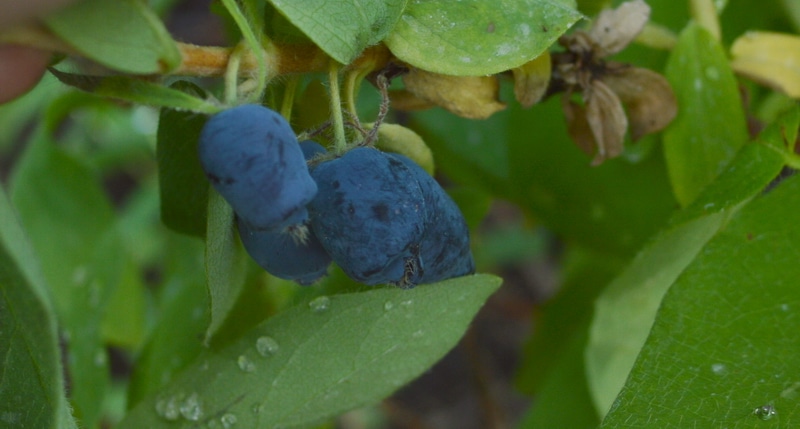 How to use haskaps

Haskaps can be frozen, dried, jammed, jellied, made into wine, and eaten fresh.  They are juicier than blueberries, when cooked, and their seeds are less pronounced.  When dried with mechanical heat, the juice escapes and they darken and look much like raisins.  Frozen fruit melts and the skins are tender, like strawberries, making them a wonderful addition to homemade ice creams, smoothies, and sherbet.

Fruit cobbler, platz, fruit crumble, all seem to be good choices for using haskaps.  They have more juice than blueberries, when cooked, so you may need to add a bit more thickener to the recipe to stop the overflow of juice from the pan.

In my area there are two nurseries that are licensed to propagate haskaps:

Bron and Sons, in Grand Forks and Sidhu and Sons in Oosoyoos

Previous Post: « An improved hugelkultur bed for older homesteaders
Next Post: Extend your season with an old fashioned “Hot Bed” »